0:00/???
REHYA STEVENS - THE WHOLE STORY
Rehya Stevens is not only a gifted and highly praised singer-songwriter, she's also an insightful observer when it comes to a vast spectrum of human emotions. Granted, it’s a rare artist who can fully plough through the tangled web of feelings and experiences encountered during the often confounding journey that encompasses life’s entirety, but Rehya has been given the gift of not only perception, but also sensitivity, and with that - the ability to make music that is readily relatable to everyone fortunate enough to find it.

Rehya is especially adept at writing music that enhances the joys of the holiday season - and in so doing, rekindles the sentiment and kinship that’s so integral to that precious time of year. It’s especially important now, given the distancing, distrust and trepidation that have become so commonplace of late. Thankfully, Rehya’s music provides a formidable space to reinforce the bonds of brotherhood and fellowship that are so essential, not only at Christmas, but every day of the year.

“I think the love of music has always driven me to figure out what makes me, and what makes other people tick — emotionally and spiritually,” she figures. “It’s allowed me to express our common yearnings, and, in turn, offer what I hope is a valuable form of therapy through music.

Rehya’s latest album, ’Tis the Season, like her previous offerings, provides an irresistibly fun, upbeat, effusive set of songs that rekindles that magic and softens our hearts, inspiring people to put aside their troubles and rejoice in good tidings and an abundance of happiness for all.

The album will be released November 12th, on all digital platforms, courtesy of her label, Rehya Music Records.

As a follow-up to her critically acclaimed, all-original 2018 holiday album, Celebrate, ’Tis the Season offers another set of soon-to-be Christmas classics along with three holiday standards; “Santa Baby,” “Santa Claus is Comin’ to Town” and a medley of “All Through the Night/The Holly & The Ivy.” Throughout, Stevens provides a comforting musical experience, wrapping each song with reverent care.

Hollywood Music in Media awarded her stand-out track “Jingle Jangle” ‘Best in Holiday’ in 2019, and her smooth jazz single “Happy Holiday” reached #2 on the Billboard charts in 2018.

With such coveted street cred, it’s no surprise that critics kindly favored the album.

Aaron Henton of Merry and Bright called it “a great soundtrack for a Christmas season evening at home,” an album that “shows her talent as a complete musician.” Another pundit noted, “this is perfect tree-trimming music… Beautifully produced, perfectly melodic and deeply satisfying.”

Critic Jeff Westover summed up his review saying, “Rehya has jumped into the deep end of the Christmas pool… the album is warm, bold and festive… From sacred to secular, from joyous to reflective —  it is all there.”

Martin Johns of Stubby’s House of Christmas stated, “Rehya writes and sings like Rehya, ultimately, and borrowing a dash of Bing and a sprinkle of Brenda just adds a little spice to the Christmas cookie without changing its own unique flavor… the perfect marriage of words and music, of song and arrangement, of artist and song... that's just so... facile.”

Marylata Eton, music supervisor for “Shrek,” “Antz” and “The Prince of Egypt” calls Stevens “An exceptional writer,” while Randy Spendlove, CEO of Paramount Pictures declared “Our industry is at a higher standard because of Rehya’s dedication to excellence.”

Rehya was born in Pasadena, Ca., the youngest of two sisters. Her mother, Susan (of Swedish ancestry) worked as a medical transcriptionist, while her father Peter Martin (of Ukrainian heritage) played keyboards for several artists, including Diana Ross and the Supremes, Bobby Caldwell and Bill Medley of the Righteous Brothers. He also arranged and composed for Disney’s popular television show, “The Mickey Mouse Club” during the late 1970’s.

That music and creativity filled the household and captivated Rehya from early on.

“As a toddler, I was obsessed with a children’s album called I Love Life by Lori Lozac,” she says. “I remember picking up that record, sticking my eyeball through the record hole to put it on the spoke, and ripping the record needle across the album. We had to replace that record and the needle countless times. My parents were so happy when that record player broke and the album went out of print. They heard those songs to the point where it actually became torture.”

When Rehya was eight years old, the family left Los Angeles, and the music business as well. They moved to a small town called Rocklin, located 20 miles east of Sacramento, California. With the impetus of weekly piano lessons and a nurturing environment, Rehya started writing songs.

“I’ve been compelled to write songs since I was a toddler,” Rehya recalls. “My parents say that from the age of four, I would sit in a rocking chair and listen to the same album from 7:00 am until noon.”

The family’s new environs had plenty of wide open spaces where Reyha could roam. “I used to take long walks in the country, singing, and writing,” she recalls. “I'd come home, set up as many tape recorders as I could find, and multi-track myself for hours. In school, I struggled to pay attention, because I was more interested in my songs than in learning. Teachers read my lyrics aloud to the class on several occasions. At lunch and recess, I was this peculiar kid, walking around the field, or sitting under a tree by myself, working on music. Music had me. I was deep into it.”

Recognizing his daughter’s unwavering commitment to music, Rehya’s father introduced her to the local jazz scene when she was eleven years old. It required her to learn the American songbook and the stylings of Etta James, Sarah Vaughn, Diane Schurr, Pearl Bailey, Dinah Washington, Shirley Horn, Natalie Cole and Diana Krall.

“At the time, I was working three jobs while going to school and putting groceries and gas on credit cards,” she says. “I was, and still am, so grateful to Woody and  Steve for their help. Steve would let us go into the studio at midnight and record until the wee hours of the morning. It was a dream come true for me.”

The six-song EP titled Rehya Stevens was a passionate pop, country, Americana album with songs that touched on difficult social issues of poverty, racism, and oppression, along with songs consisting of lighter fare about young love and relationships. It caught the attention of Scott Welch, (then manager of Alanis Morrissette @ Atlas Third Rail), and arrangements were made for Rehya to collaborate with other Nashville writers and be acquainted with some publishers.

“I had several meetings, did some co-writes with respected songwriters, did a few showcases,” she says. “I had tremendous anxiety because I knew deep down that that particular pop and country style didn’t feel like a perfect fit for me. Nashville is one of the centers of the musical universe, so it was natural to be drawn to it. But when I was onstage, singing the songs from that first EP, the genre didn’t feel like me at my core. I wanted to make R&B and dance music. I remember feeling like I had disappointed everyone… Glenn, the band…  I’m sure it was transparent to industry people. They just weren’t convinced my efforts would pay off, and neither was I.”

By 2011, Rehya had not only written and recorded a body of work consisting of over 250 songs, but also felt that she had something meaningful to say. It was time for her to record a new album.

“Dating in LA, and also being in the music business, is not an easy combination for women in general,” she insists. “It’s even more difficult for women of substance in this field. I was raised with solid Mid-Western values; that you ought to earn the things you want in life, be true to your word… say what you mean, mean what you say, or say nothing at all. Holding your ground and hanging on to your dignity within the entertainment culture can often feel isolating. I’m a hopeless romantic at heart, but on an ambiguous, less transparent level, I knew I had to exorcise my experiences on the album, and hopefully have something of value to say on behalf of women who follow an unruly career path, especially when it came to romantic relationships.”

In 2013, Rehya released the album in the form of 13 heartfelt songs which she titled Vintage Love. An astute reflection of her artistic maturity, Vintage Love spans several genres, including pop, R&B, dance, and neo-soul, adding an infusion of gospel influences throughout. The productions were steeped in soundscapes reminiscent of Quincy Jones and the era of contemporary jazz-pop, which birthed timeless classics from Lisa Stansfield, Sade, Simply Red, and Swing Out Sister, incorporating effortless pop hooks, powerful dance anthems, and soulful, contemplative ballads.

Celebrate, a collection of all-original Christmas songs followed, as well as a pair of singles, “Abracadabra” - the proceeds of which were donated to the Make a Wish Foundation — the holiday single “‘Tis the Season,” which preceded her new album of the same name. Taken in tandem, they allowed Rehya to build an impressive resume, one that now culminates with her latest effort.

“I never wanted to just be a singer,” Rehya insists. “I love to sing, but even more so, I love to write songs. I think great songs are great healers.”

Thanks to Rehya Stevens, those healing properties are there for sharing and soothing us all. 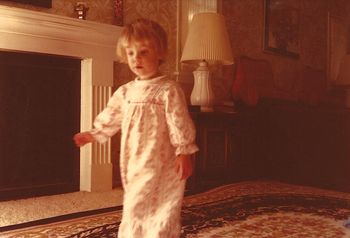 Memorizing the "I Love Life" album by Lori Lozac 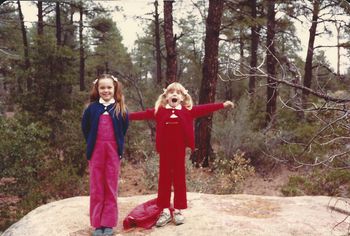 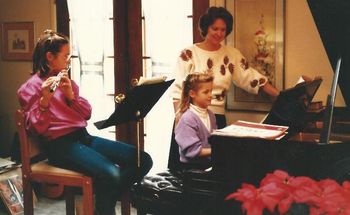 Playing a duet with sister Katie (left), in Rocklin, Ca. 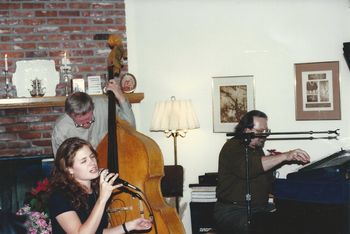 Rehearsing with a Jazz trio for the Sacramento Jazz Jubilee 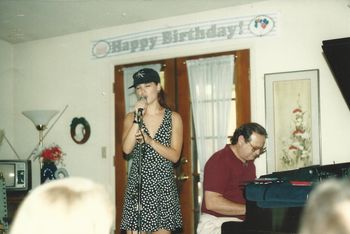 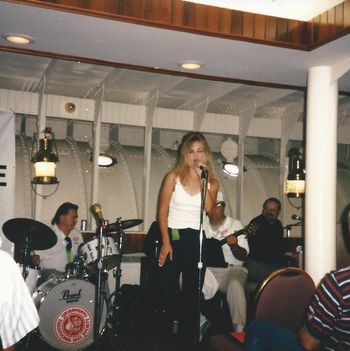 Performing at The Sacramento Jazz Festival 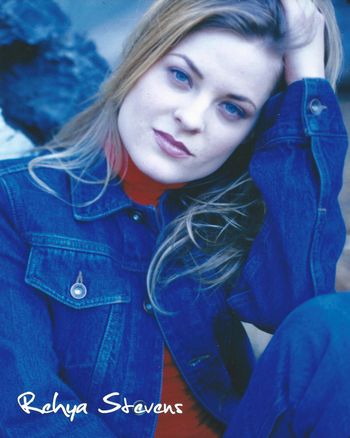 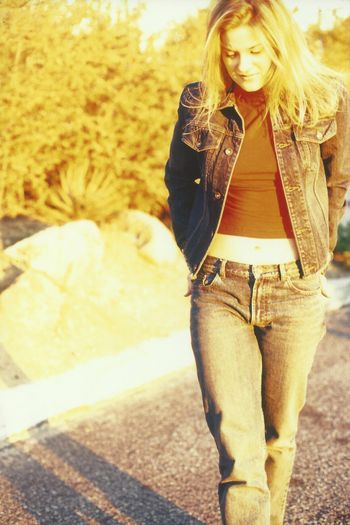 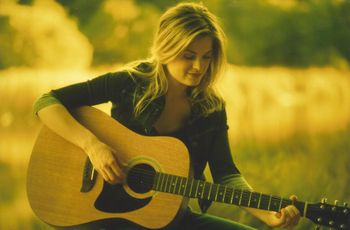 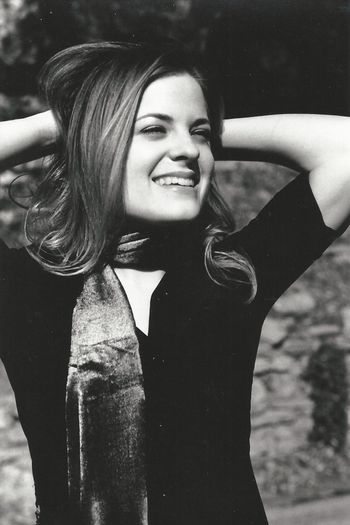 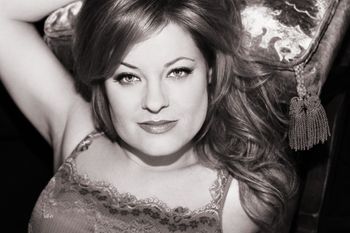 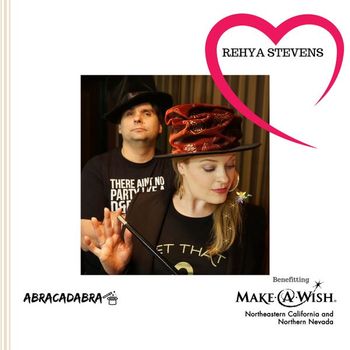 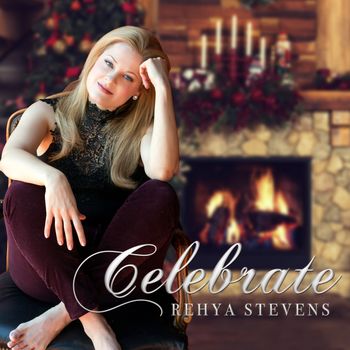 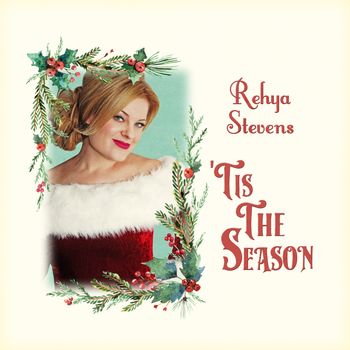 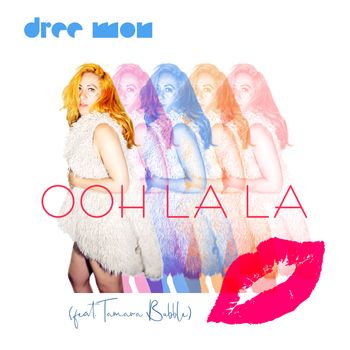 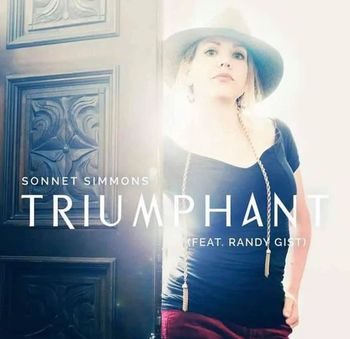 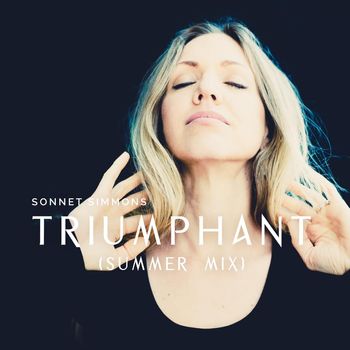 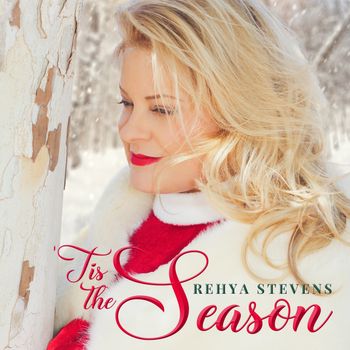 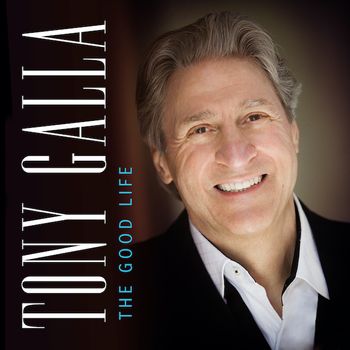